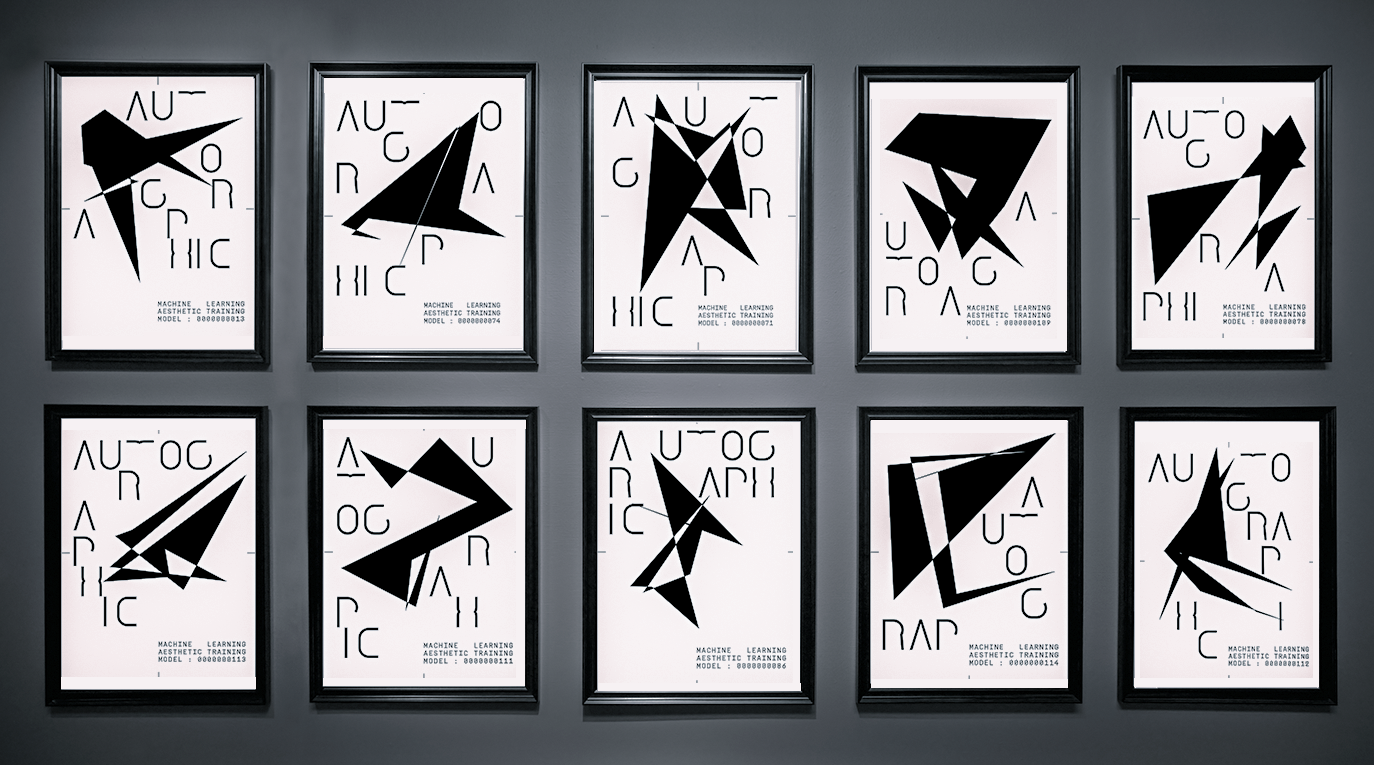 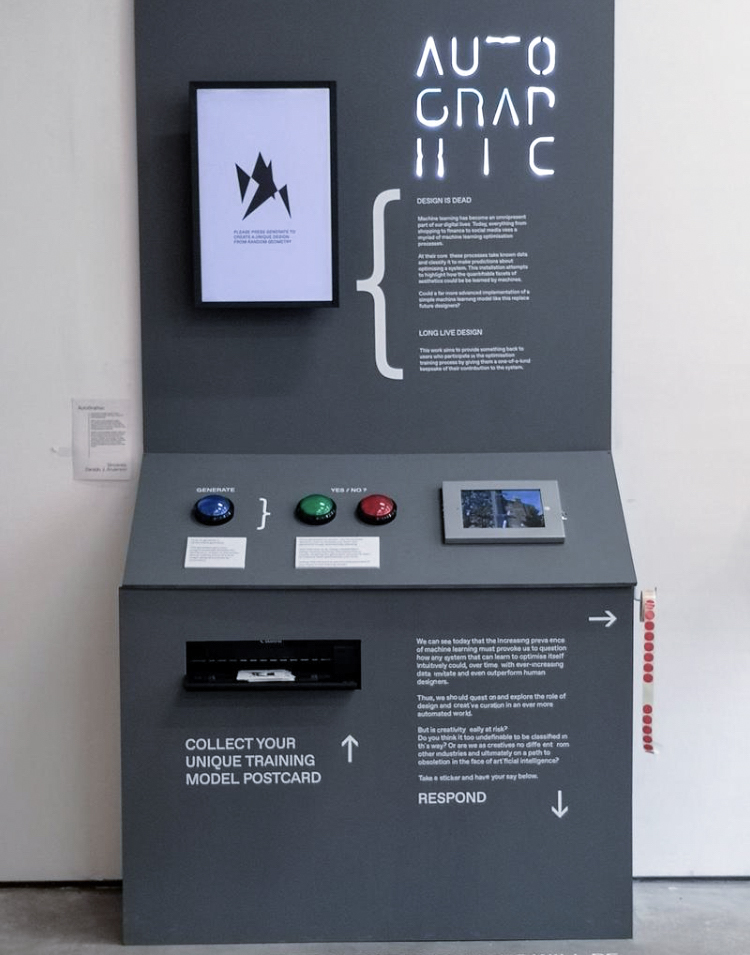 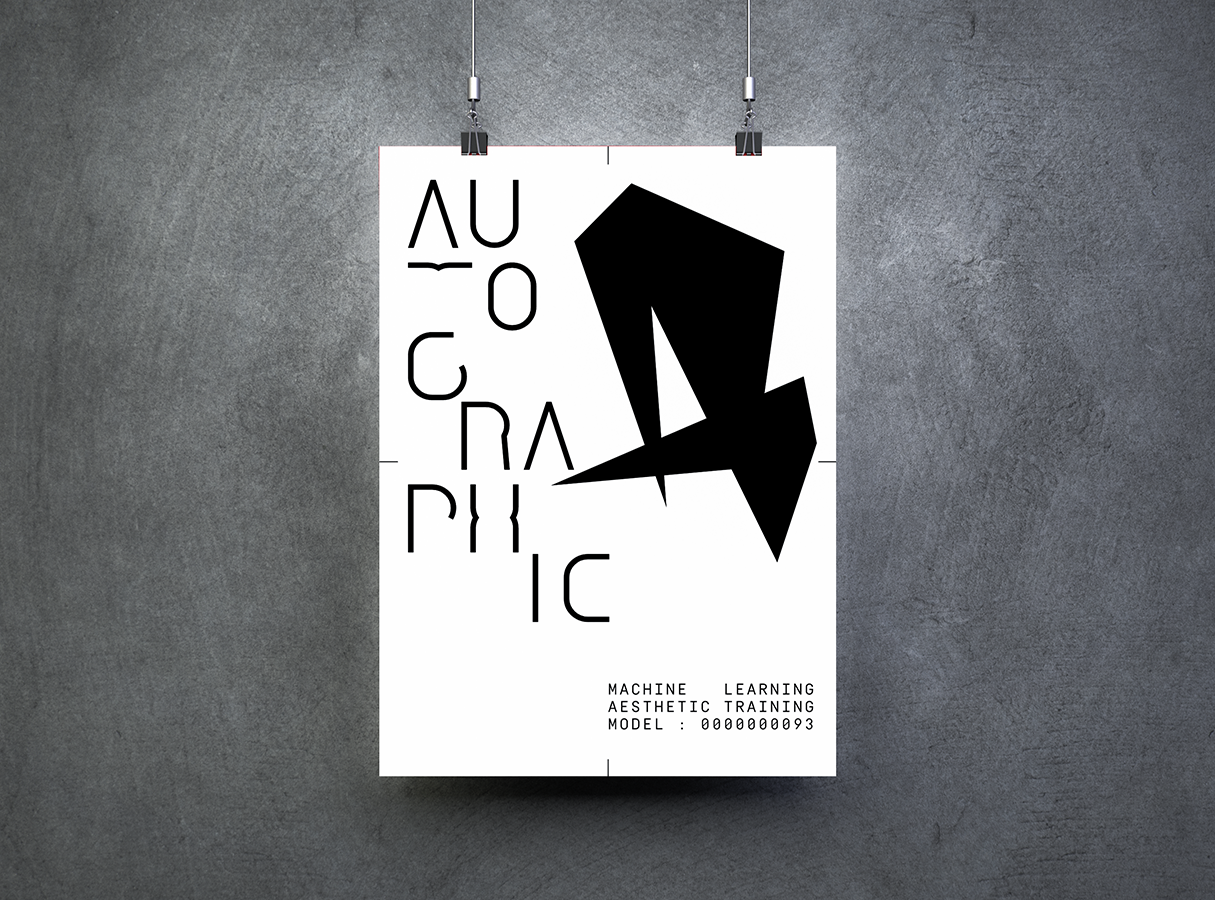 AutoGraphic is a generative design tool that uses machine learning to improve itself aesthetically through user interaction.

In the modern world every image we encounter online can become part of a machine learning training model and the more data that is collected about our preference of one image over another, or the effectiveness of one visual style of advertising over another, the better an artificial model can predict whether an image will perform its desired function effectively. But, what if this judgement is based on the aesthetic quality of a 'randomly' generated - and thus uncontrolled - source image? Does this scratch the surface of what we as creatives deem impossible to classify?

To test and explore this, I built a generative design tool that creates artwork based on mathematical randomness that allows an algorithm written in to place points at random positions on a canvas. This method allows a canvas be imprinted with a geometry that is unlikely to repeat in over 16 billion iterations. Next, a second algorithm assesses the image and places letters from the word 'autographic' sequentially, where the algorithm detects the next available white space that the glyph can be placed.

Once drawn, a user can decide if they find the generated image aesthetically pleasing and decide to download it. By voting either way , the user trains the model (built using Python in machine learning platform TensorFlow) to offset the originally randomised values in order to bias future results to, ideally, improve the visual output of subsequent images.

The whole process generates a unique output every time and allows the user a sense of ownership of their contribution to the training process despite being removed from the act of designing it.

Even given a reduced amount of variables we can see that this generative, learning system provokes us to question how a programmatic tool that can learn to optimise itself intuitively could, over time with increasing complexity, challenge human designers. Thus, we ourselves are challenged to question and explore the role of design in an increasingly automated world.

This system was installed at Central Saint Martins Design Show 2018. Visitors voted over 4600 times printing out over 2000 unique iterations as miniature postcard keepsakes over a 5 day period. The project was featured in Creative Review & Digital Arts Magazines. 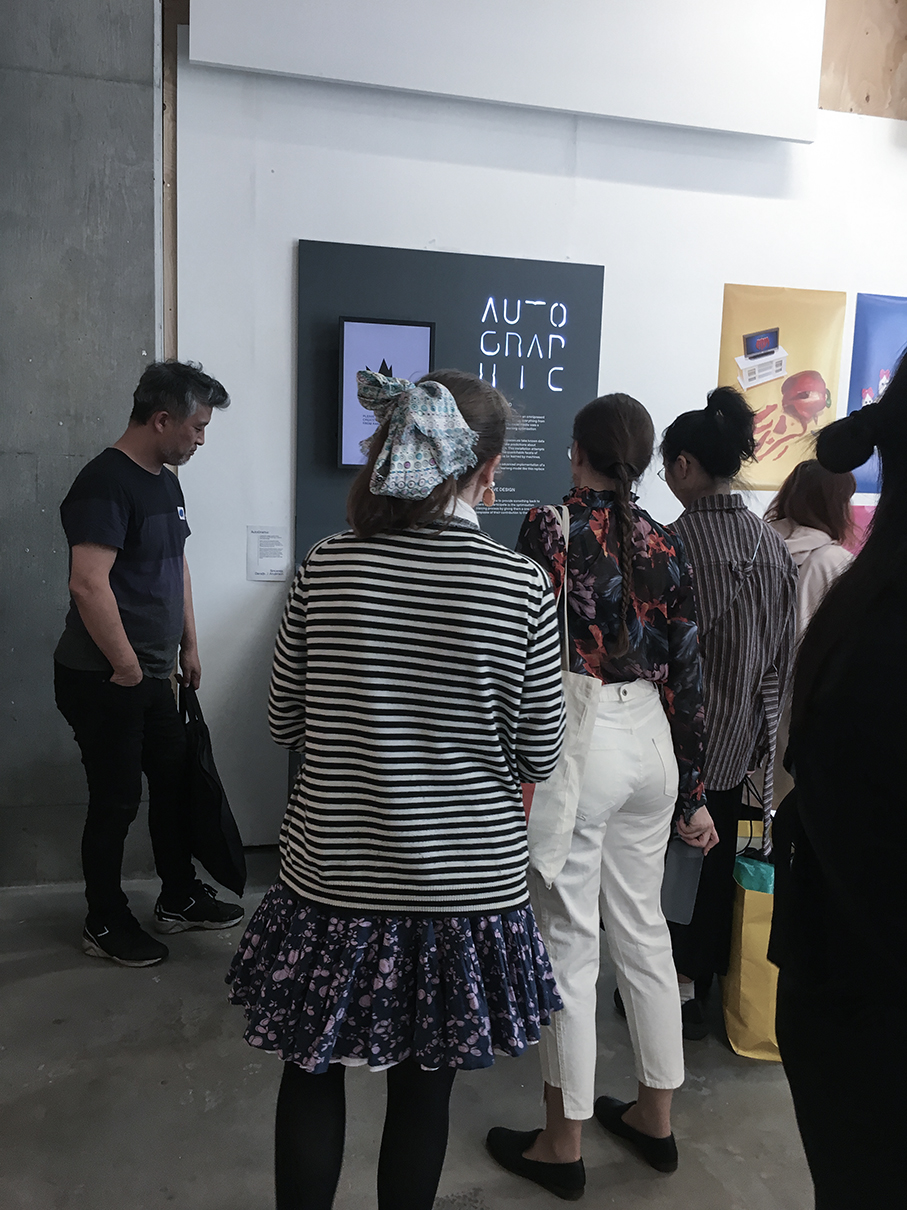 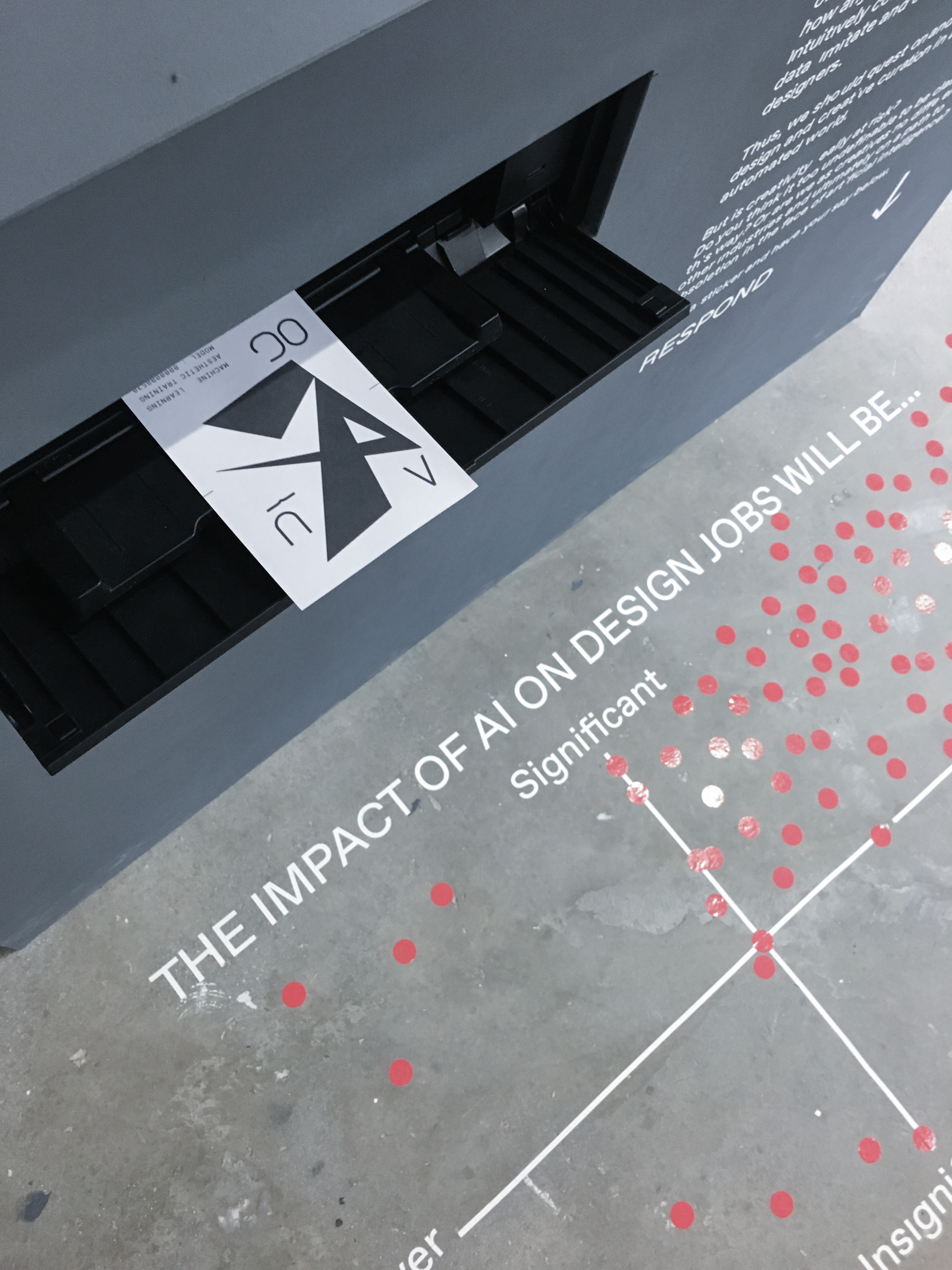