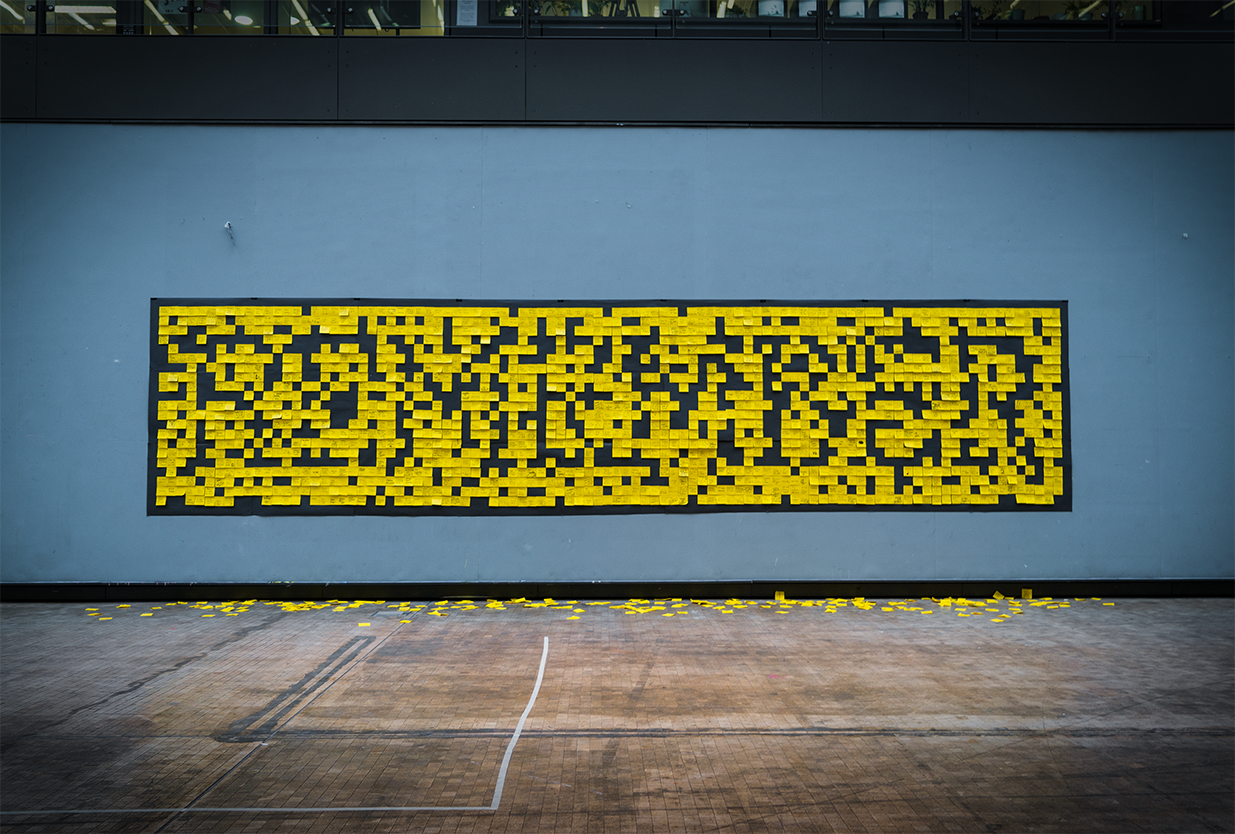 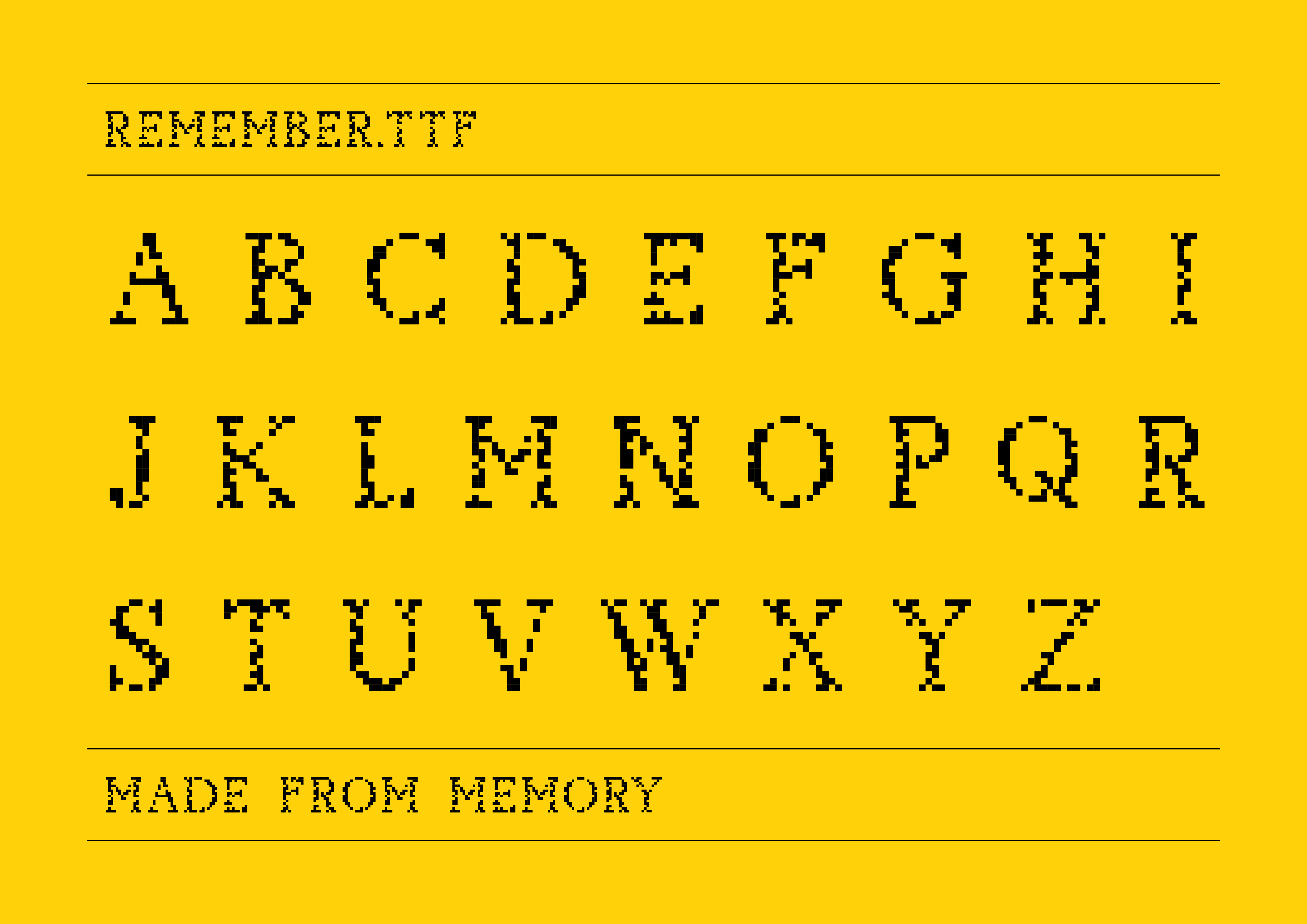 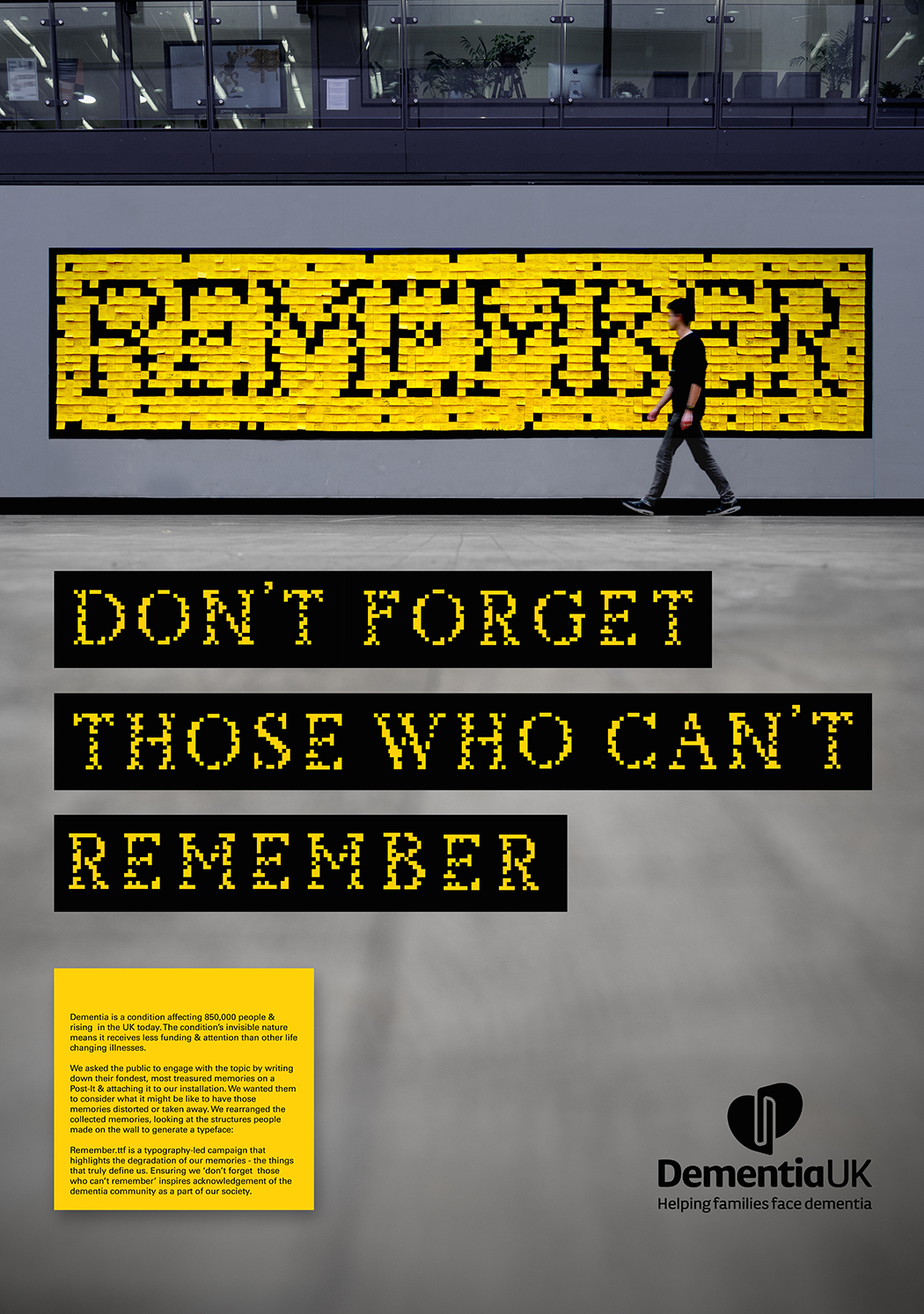 In a D&AD brief for Monotype, participants were asked to consider an undervalued or unrepresented group in society and to craft a typography-led campaign to highlight an issue.

Working with Ollie Pearson and Jordan Smith, we created an interactive wall of memories to raise awareness about dementia.

This project won a D&AD graphite pencil and was featured in the D&AD annual 2017. The project also found wider acclaim at the Communication Arts awards where it was shortlisted in the Best in Typography category. 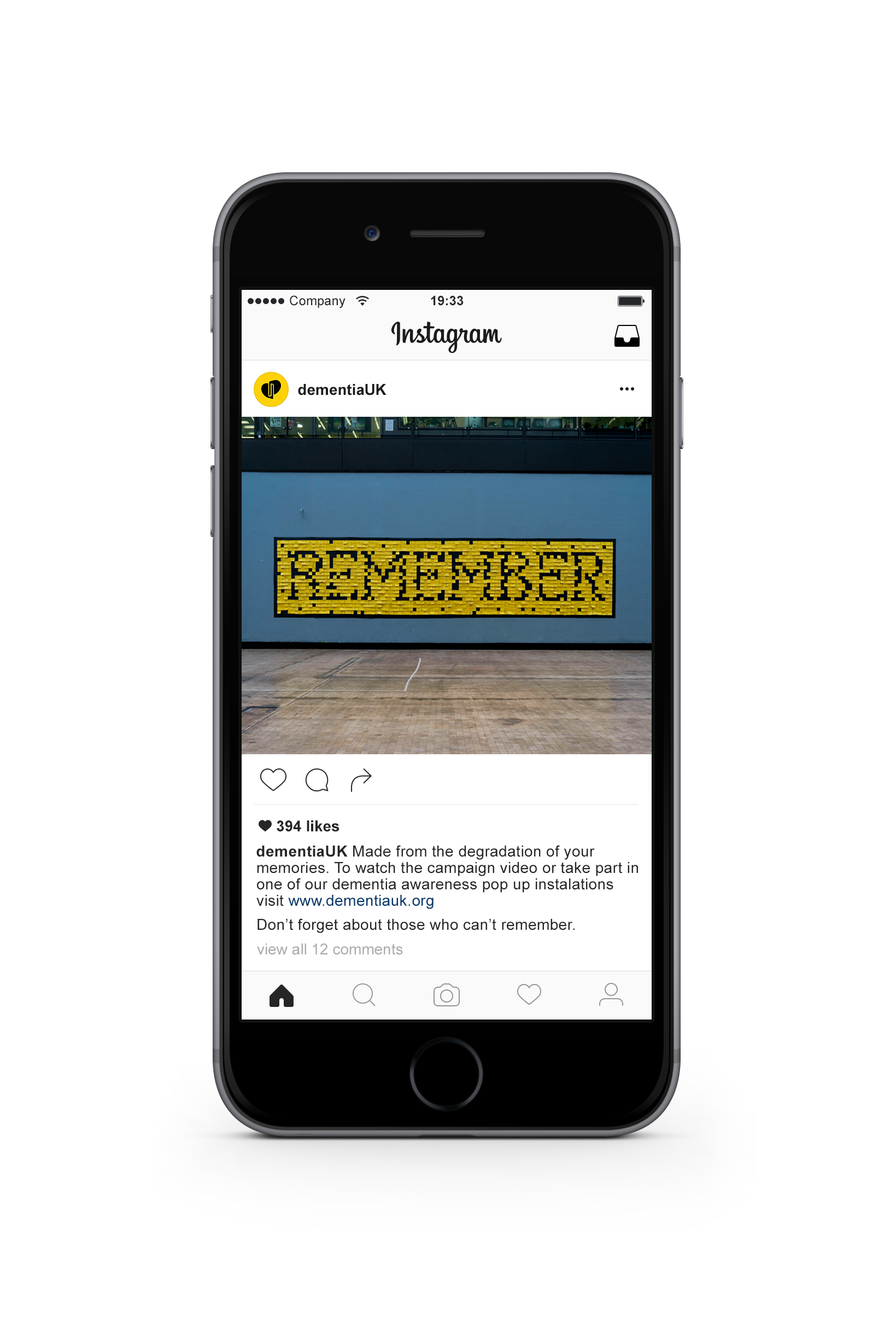